The reason why I bought a fly to kerikeri is to visit the marvelous Bay of Island.I booked the “Cream Cruise” wit Fullers GreatSights from home on internet and I must say that it was really a great choice!

I reached with intercity bus at 7:30 from Kerikeri (17NZ$) and drop me directly at the warf.

I decided to spend this hour just loafing around “along side” just in front of Bay of Island. Amazing!!!

The cruise started punctually at 9:30.

The seat on the top of the boat just in front in the middle are the best, but it could be windy and very freezing, so have a layer dress code and as usual as much as sun cream as you can!

I decided to concentrate all my energy just enjoying the color of the sea, the incredible nature and vegetation and looking the dolphins and the seal! 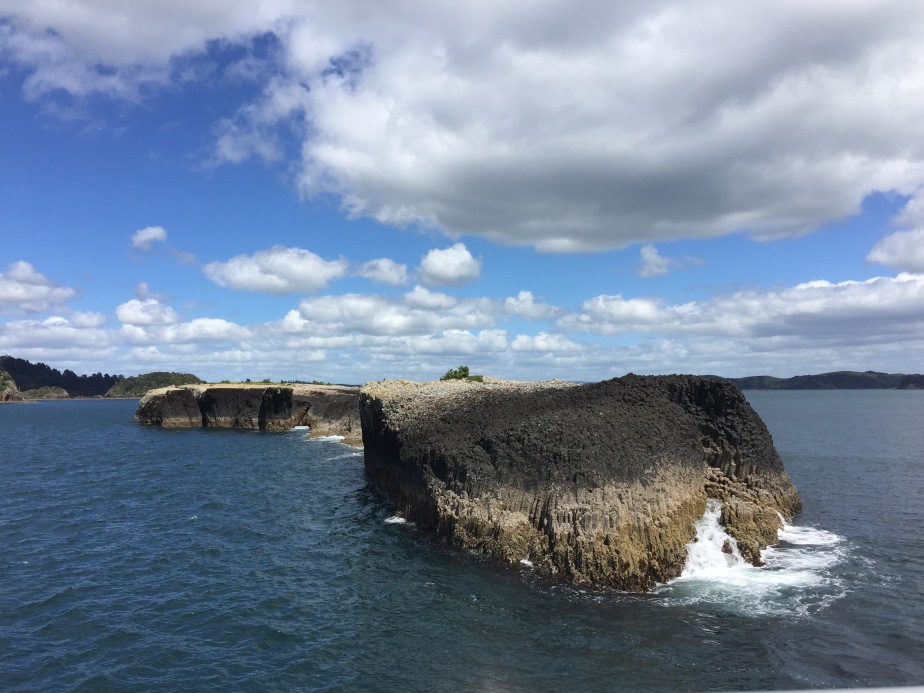 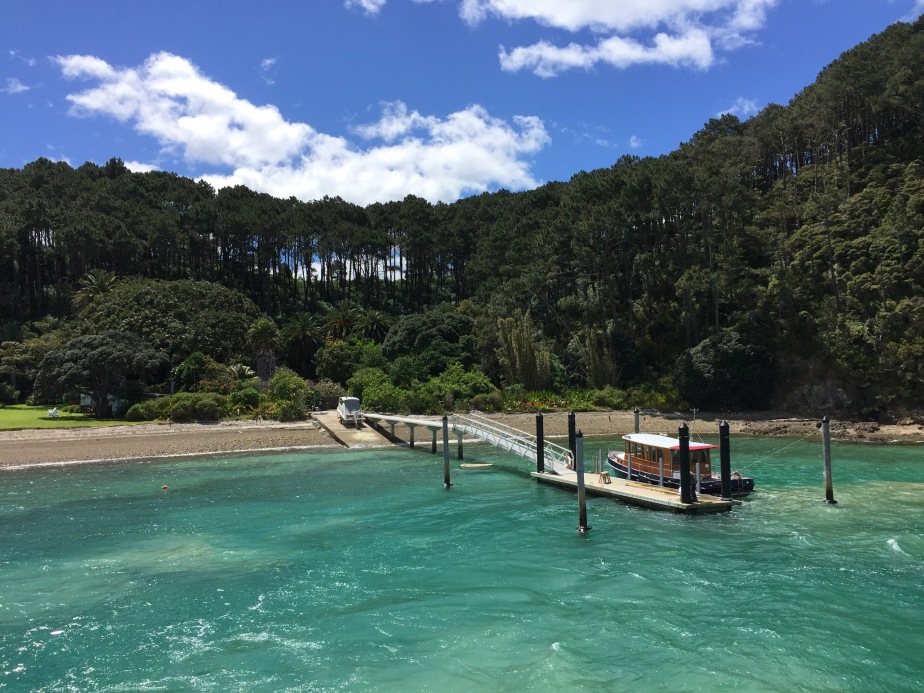 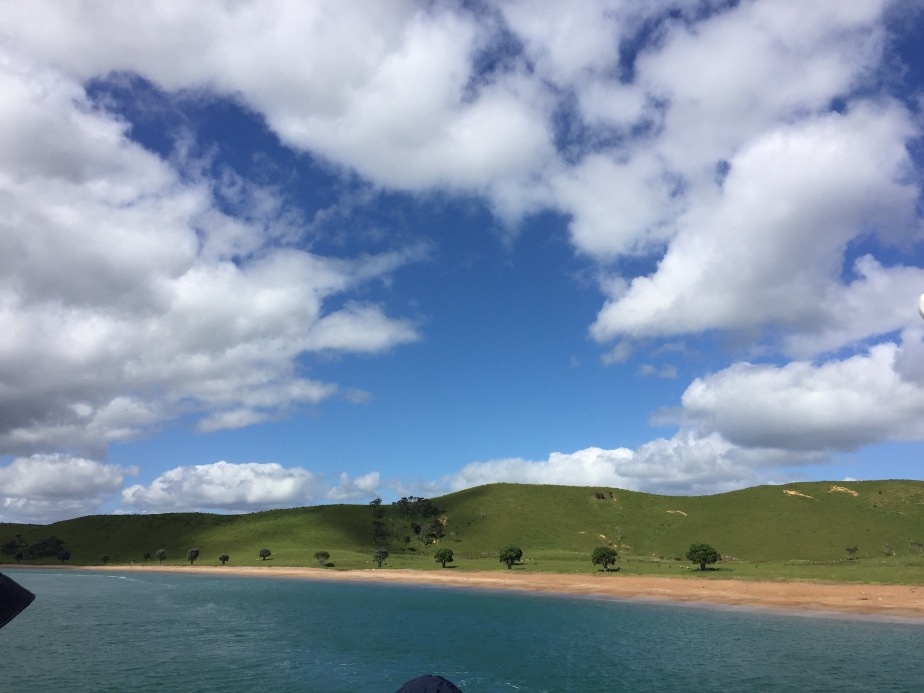 What an amazing day! I had most of the time te impression to be in all the world at the same time. The vegetation of New Zealand is exceptionally different. Sometimes I had the feeling that all the seads on Earth are planted all together here!!! 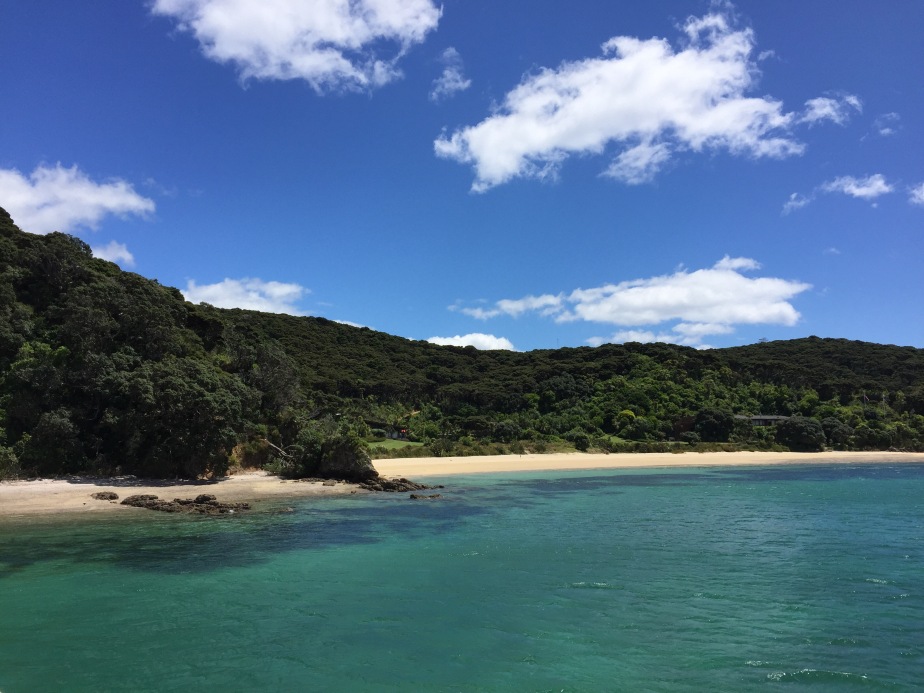 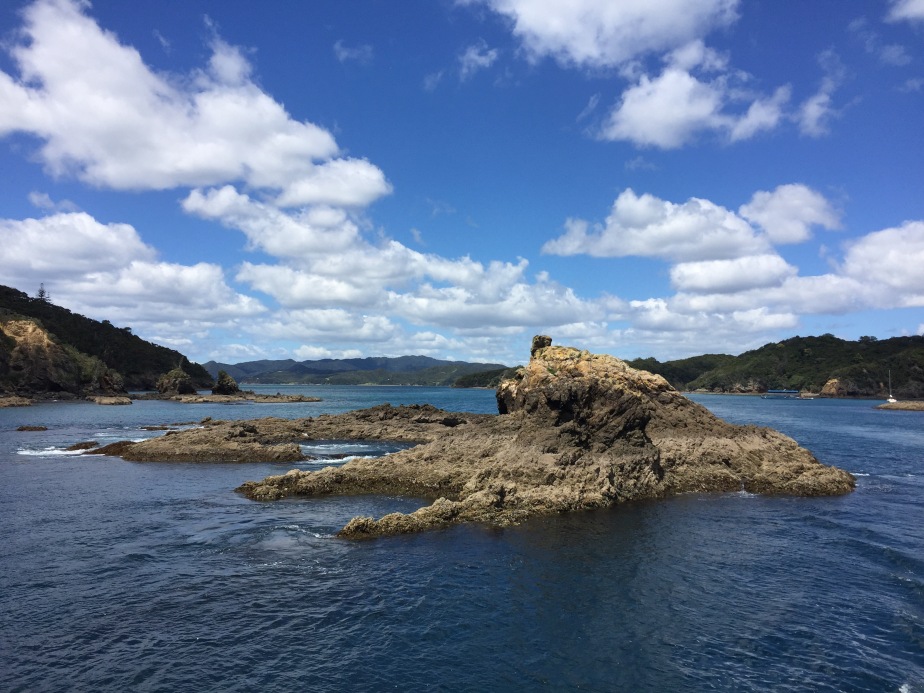 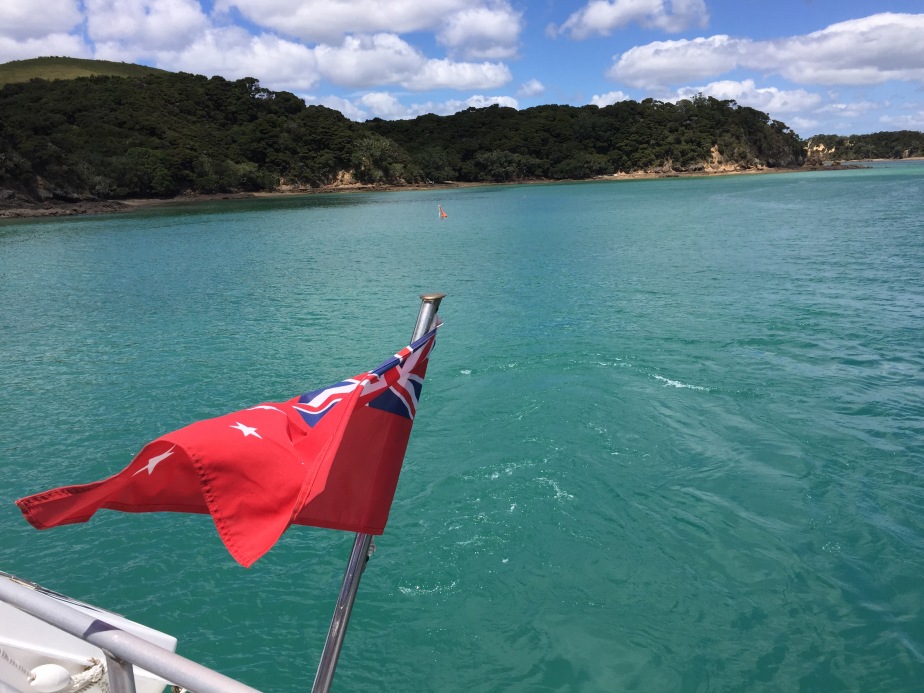 At 13:00 we just have our unique stop over in Otehei Bay, where with just 15 minutes walk you can reach the top of the island and enjoying of a breathtaking 360* view.

Unfortunately we didn’t stop at Russel, but I suggest you to have a visit of this lovely city or better to spend the night.

On the way back, Judith pick me up and show me a really important place for the Maori, Waitangi, where each 27th February there would be an event with the typical Maori boat, where people are allowed to discuss what is not going properly with the prime Minister.

Judith would not like to talk more about the political situation between the governement and the Maori.

Anyhow, there are places where “the white”, named “Pākehā”, literally, “pig”, are not allowed if not invited.

I guess that like always, it would be more complicated than this, but as she suggest, she lived there since only 7 years and it is really not enough to know anything about it.

Many children were playing without shoes; it is normal in New Zealand going also to school barefoot. Shoes must be put only after high school!